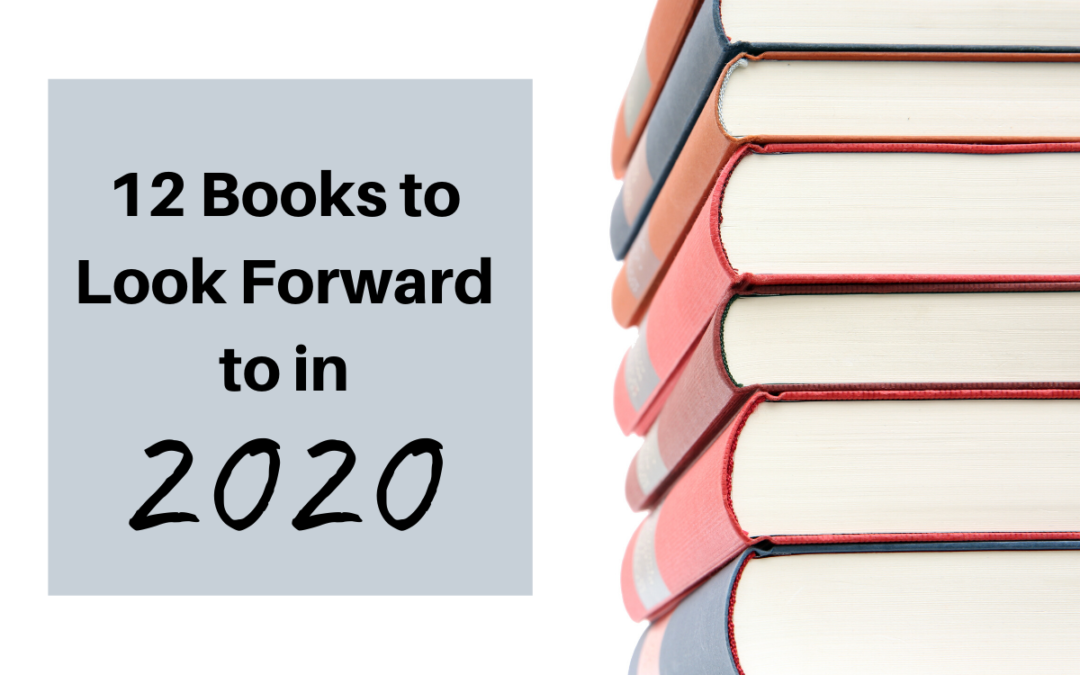 This year I am anticipating several new releases (while still tackling the books I didn’t get to in 2019 that I would still like to read). I talked about it on Instagram, but one of the things I am re-committing to is reading authors of color, non-gender binary authors, female authors and authors translated to English. If we read to expand our imagination for what is possible in the world, then we limit our own imaginations when we read only the white authors whose works are given the most attention and marketing resources by publishers. I am excited that this read brings several second books from debut authors I enjoyed in years past as well as a few new authors. While mostly fiction, this list also has a few non-fiction and poetry mixed in.

The Vanishing Half by Brit Barrett

I loved Barrett’s debut novel The Mothers so I am incredibly excited to see her release a new work this year. The Vanishing Half follows twin sisters as they try to escape their small southern town, eventually taking up lives in two very separate worlds. Despite the lies and miles that separate them in adulthood, the Vignes sisters are still intertwined.

Antonia Vega just retired from the university where she taught English, unexpectedly widowed when her sister disappears and a pregnant stranger shows up at her door. Afterlife might be the one novel I am most looking forward to this year with its wrestling with the question-how do we maintain our faith in one another and the world?

Survival is a Style: Poems by Christian Weiman

Christian Weiman has been a favorite poet of mine for many years so I was delighted to see that he is releasing a new volume of poetry in 2020. Survival is a Style is sure to deliver the thoughtful reflection on faith and give glimpses of his west Texas terrain that I have grown to love.

The Moment of Tenderness by Madeleine L’Engle

From the author of A Wrinkle in Time this collection of short stories features L’Engle’s early writing. If the rest of her work is any indication, The Moment of Tenderness will deliver the tenderness, insight and honesty we have grown to expect from L’Engle.

We Were Spiritual Refugees by Katie Hays

I had the chance to read an ARC of this book last fall and I am thoroughly looking forward to its release. We Were Spiritual Refugees finds that perfect balance between funny and honest narrative and honest to goodness helpful information.

Hood Feminism: Notes from the Women that a Movement Forgot by Mikki Kendall

A commitment to anti-racism work means listening to and understanding the critiques of your own point of view. In Hood Feminism Kendall offers an insightful critique of a movement that has focused on increasing the privilege of the few, while ignoring the survival of many.

This is another book that I can hardly wait to read. Gyasi’s Homegoing was sweeping and engaging, one of my favorite reads of the past decade. Transcendent Kingdom is a deeply moving portrait of a family of Ghanaian immigrants ravaged by depression and addiction and grief–a novel about faith, science, religion, love.

Station Eleven was a unique and creative take on the post-apocalyptic genre that wove multiple storylines into a moving reflection on community, family and the power of story. So there’s great anticipation for The Glass Hotel, Mandel’s follow up novel weaving multiple story lines into a tale on crisis and survival in the upper echelons of society.

I love a book that wrestles with faith in community, so I am anticipating Cathrerine Lacey’s Pew. A figure with no discernible racial or gender identity appears in a small, religious town, throwing its inhabitants into a frenzy.

The New Wilderness by Diane Cook

The debut novel of Diane Cook The New Wilderness explores the mother-daughter relationship in the midst of climate crisis promises all the things I love in a novel of this type–family bonds, cross country pilgrimage and survivalist skills.

Such a Fun Age by Kiley Reid

Released at the first of the year to a splash of praise as the new millennial voice in fiction, Kiley Reid tackles race and privilege with humor and sharpness in her debut novel Such a Fun Age. I have this one on hold at my favorite local bookstore to pick up this weekend.

The House in the Cerulean Sea by T.J. Klune

Linus Baker is a by-the-book case worker in the Department in Charge of Magical Youth. He’s tasked with determining whether six dangerous magical children are likely to bring about the end of the world. The House in the Cerulean Sea promises Umbrella Academy vibes and I am here for it.

Are there any books that caught your eye or you were already anticipating? I would love to know!