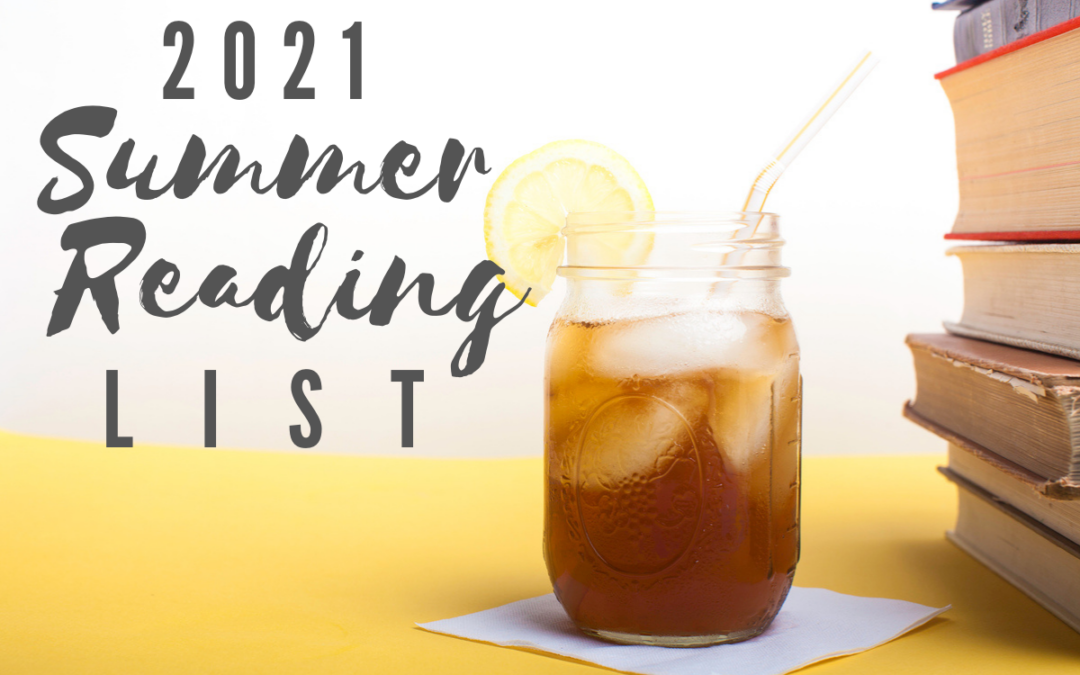 I am a notorious mood reader, wandering from one read to the next with little plan. This practice is as much about following my whims and curiosity as it is a small rebellion against all the years of assigned academic reading on strict coursework deadlines. All of that is to say, in any given season I am usually working from a general pile of books I would like to read but I also allow my whims to guide me. However, with an increase in ministry partners this summer, my reading will need to be strategic to be meaningful. So I am creating a short list of books I am hoping to get to this summer.

The daughter of one of the South’s most famous Baptist preachers discovers a shocking secret about her father that puts her at odds with both her faith and her family in Revival Season, a debut novel Ann Pachett calls “tender and wise.” I am always looking for a nuanced view of faith and life in community, but the Pachett endorsement moved Revival Season up my list for the summer.

We Begin at the End by Chris Whitaker

Thirty years after the death of Star’s sister, Vincent is being released from prison to live in the small town where they grew up. Star is barely hanging, leaving her daughter Dutchess and son Robin to fend for themselves. We Begin at the End is a book that released to a lot of buzz earlier this year and has managed to be loved well after the hype of launch, so I am intrigued. Hopefully it lives up to the hype.

Anna K Away by Jenny Lee

The follow up to Jenny Lee’s instant success Anna K, the modern retelling of Anna Karenina that feels like a modern and far more diverse Gossip Girl, Anna K Away follow the same cast of characters as they move on from the events of the past, wrestle with old questions and form new relationships. I read Anna K last summer poolside and found it a delightfully entertaining read. Hoping the second book delivers like the first.

We still won’t be traveling much this summer so I am craving a book that will take me somewhere else for a while. What better than My Year Abroad, a story about a Tiller, a college student who travels abroad across Asian with his entrepreneurial boss Pong Lou, to help ease my travel bug? I haven’t seen this book many places since its release in February but the New York Times calls it “A manifesto to happiness—the one found when you stop running from who you are.” Which sounds pretty good to me.

I read Gilead in seminary for a Theology in Literature course years (decades?) ago and can’t remember a single thing about it. In 1956, toward the end of Reverend John Ames’s life, he begins a letter to his young son, an account of himself and his forebears. I am always on the hunt for the way literature captures themes in ministry life, so holding a hopeful thought for this classic book by Robinson.

How the Word is Passed by Clint Smith

Beginning in his hometown of New Orleans, Clint Smith leads the reader on an unforgettable tour of monuments and landmarks—those that are honest about the past and those that are not—that offer an intergenerational story of how slavery has been central in shaping our nation’s collective history, and ourselves. I have long been a fan of Smith’s writing and way of constructing an argument and presenting data so I am excited for How the Word is Passed.

I am hopeful that with a short list that packs a punch, I will have an excellent reading season this summer. I would love to hear what you are reading this summer.