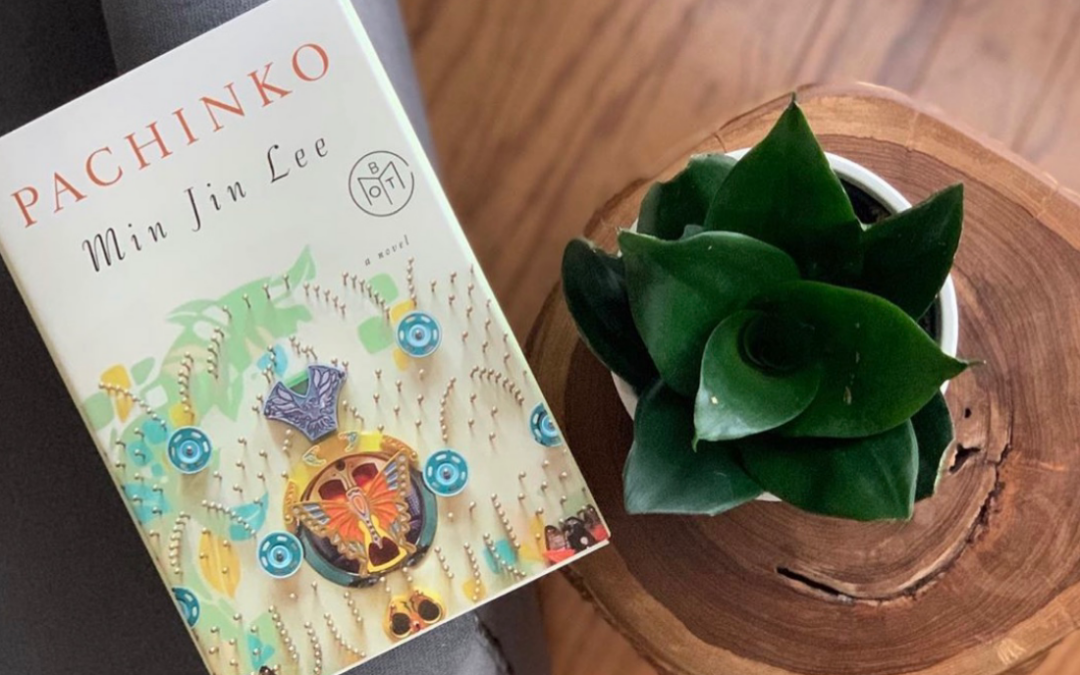 I have always loved historical fiction for the way it transports a reader into a time and place, making what you read about in school seem real and tangible. However, over the last year or two my historical fiction reading habits have changed. While I used to love WWII fiction, I am less likely to pick up these stories, not just because the market is saturated and you can accidentally read an average story, but as I do my own anti-racism work, I have noticed that many of these books work to create white heroes in the midst of the most devastating and coordinated efforts of white supremacy. The bulk of the genre is white authors grappling with white evil and building an argument that “not all white people” were a part of the elimination of Jewish wealth and lives.

Instead I have been gravitating towards historical fiction written by authors of color and set in parts of the world that I remain largely ignorant of due to the way Western culture writes the history we are taught in school. Pachinko by Min Jin Lee is a sweeping family story about Korean migrants living in Japan during the tumultuous time from the end of the Great Depression through the late eighties. Sunja is the only child of a poor farmer’s daughter and a crippled boarding house manager and fisherman. Her innocence, youth and naivete draw the attention and affection of a wealthy Korean businessman. Sunja finds herself pregnant, her future and family reputation destroyed until a missionary on his way to Japan marries her and takes her to live as a migrant in Japan. Spanning four generations and three countries, Lee tells the story of what it was like to be a Korean migrant in a hostile country, where the Japanese refused citizenship to even Japanese born Koreans, all while longing for a country divided and destroyed by multiple wars and left to be ruled by greed, corruption and idealist.

I didn’t have a historical understanding of the way Korea was devastated by WWII and then the Korean War. Particularly the way the country was split into North and South by powers of competing interests, average people left to be tossed about on the waves created by the conflicts of powerful men. I also didn’t know that the Japanese were so prejudiced towards Koreans–calling them loud, unpolished, deceptive and untrustworthy. Many employers refused to hire Koreans and even if they did the Koreans they hired faced terrible prejudices. Landlords wouldn’t rent to Koreans even into the late 1980’s. In the midst of all this tumult, Lee tells the story of Korean resilience and ingenuity in the midst of hardship that is equal parts brutal and hopeful.

Another theme that ran throughout the book was the oppressive nature of family honor. Each of the characters wrestles with how their choices and secrets bring about disgrace or pride to their family.  The women in Pachinko are faced with difficult decisions to protect and provide for their family, while being bound to the propriety politics of what women could and couldn’t do to earn money and provide a life for their family. At the same time the men are trapped by the social pressure to provide with dignity and avoid the pitfalls and danger of the work and life they are forced to live in Japan.

I loved the themes of gender and how women make a life within the limitation of cultural expectation and rules. Sunja and her sister-in-law build a business, manage the money with a shrewdness and oversee the nurture and education of Sunja’s two sons with a deftness that is inspiring and creative. Despite being told that women could not work, for the way it would disgrace the men in the family, they found a tenuous balance that speaks to the persistent creativity of women throughout time, history and social upheaval.

The length of the book is quite substantial, clocking in at over 490 pages but the pacing is strong for the first half of the book and only drags a bit in the late middle. But mostly the length wasn’t an issue as the story is engrossing and the characters were engaging in their struggle to build a life, their worry about parenting the next generation well and their push against restrictive conventions.