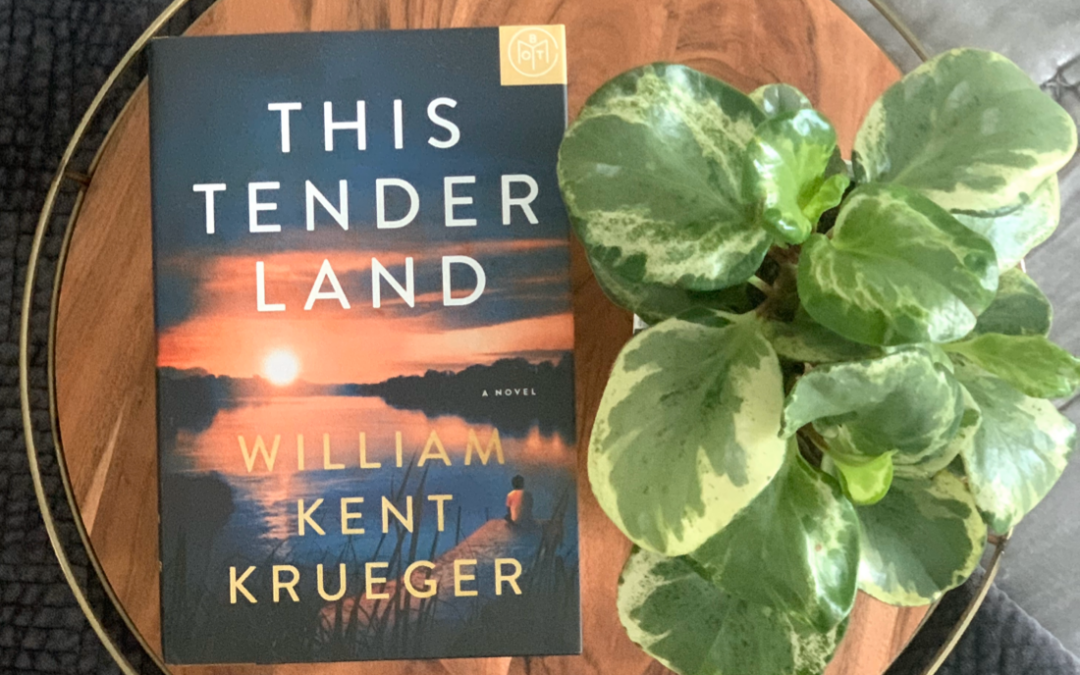 I don’t know if it’s a remnant of being a voracious reader as a child consuming Rold Dahl books about children cast away by adults to creatively discover who they are or The Boxcar Children camping and foraging in a railyard but I love an epic “clever kids on a heist” story. This book delivered that in spades and will likely be one of my favorite books of the year. This Tender Land is set in the Midwest during the Great Depression as four orphans after a terrible act of violence set out on the river in a canoe one summer in search of family and freedom from the cruelties they’ve faced at a Indian boarding school in Minnesota.

Not only does it have that epic adventure vibe of a Mark Twain novel with a strange and interesting cast of characters along the way from grieving farmers to thieves to native Americans living off the land that was once their ancestors to Hooverville residents and faith healers. Add to that four kids who came to the Indian school each under different circumstances and this book captured not just the tumultuous nature of the Midwest landscape or the Great Depression but of each of the characters. Despite the wide cast of characters the children encounter on the river, the story never feels muddled or like there were too many threads woven into the story.

One of the great themes of this book was the theological question of “who is God and what part does God play in all this suffering?” Odie our narrator spends much of the book wrestling with whether God played a part in the many destructions of his childhood. And if not, what sort of God was left to believe in? Many of the characters they encounter have their perspective, and yet, there’s not one simple conclusion drawn. What I did love is that in Odie’s questioning there  is a deep sense of curiosity and hope, despite all that he has suffered so young.

Another theme I connected with was the theme of finding family and building a home for yourself wherever in the world you might be. Each of the children—Albert, Moses, Odie and Emma—are searching for a safe and steady connection to a people and a place, a home. And how they each find that turns out to be different, but moving. I love a story that makes a strong argument for the healing and transformative power of chosen family.

As we strive to be readers that are more mindful of how people of color are represented in literature, especially literature written by white authors, I do have to say that the idea that three of the four protagonists were white children living in an Indian reform school was a strange set up. It was explained and tied up in the end—it all made sense. But it was still strange to locate three white protagonists within the conflict of a Native boarding school. And the story of Moses the sweet, hard working Native American child was handled with thought, research and respect. He wasn’t an accessory or token. I took care to read the Acknowledgments and the author gives credit to the stories and biographies of Native Americans that informed his work and research. While Mose’s story of being Native was handled thoughtfully I kept wondering how differently a Native writer would have written a fiction piece about children escaping the cruelty of such schools. It is something to be aware of—Native American writers don’t get awarded huge publishing contracts at the same rate as white authors, their stories are not being told as often or aren’t as centered in publishing. I am trying to be more mindful of these dynamics, pay closer attention to how people of color are used by authors and make sure that I am an engaged and thoughtful reader.